A successful start to the 2016 base ball season for the Northville club was met with resistance from a talented Dexter club and the elements of nature. The lush green playing surface of grass exhibited the sporadic weather pattern of rain from the weeks prior, including a menacing downpour from a few sunsets prior. Mad Dog from the Union Base Ball Club of Dexter wasted no time in stretching his limbs after the dormant winter by demonstrating the effects of hard labor in the lumber mills. As the first striker of the year, Mad Dog sized up a convenient offering from Stitch, who started as the opposing hurler for the Northville club, and nailed it directly over the limited arms of Frisco in center. The speed of Frisco was no match for the acceleration of the leather-wrapped ball off the wooden bat and it was a runner’s duel to see if Frisco could send the ball back towards home base before Mad Dog crossed it. Gifted with power and speed, Mad Dog easily tallied the first run of the season without a throw. Doughboy followed two consecutive Dexter singles with a high riser than nearly required bread crumbs to track down as it resulted in a three base hit into very deep right center. He would score on Knees’ following plate appearance and Dexter quickly led four to zero. The Eclipse responded with four tallies of their own in the bottom of the first frame. 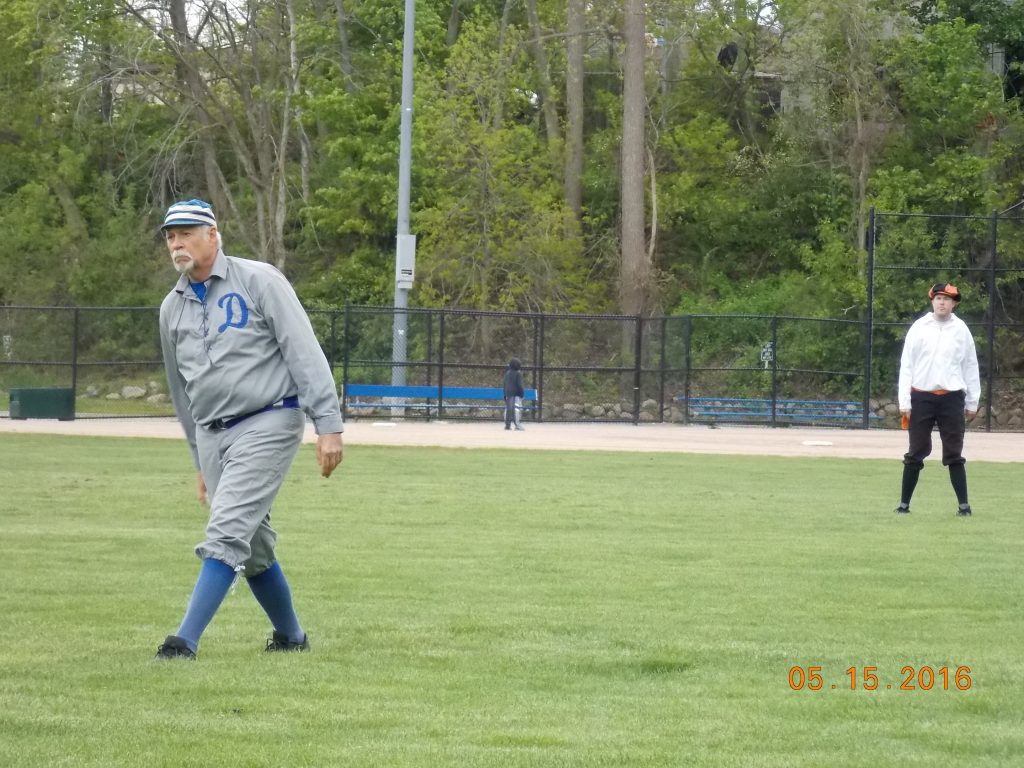 TinMan once again delivered the key hit as he picked up where he left off from last year. A towering drive that sounded just as loud as it was hit resulted in an unimpeded advance to third, where he scored two strikers later. Brief periods of warm sunshine were replaced with the actual sightings of small snowflakes on the field. A rarity to be witnessed for the brave few who traveled in support for both fine clubs. Dexter added three more runs in the next frame as Mad Dog, Hogwash and Prospector crossed home showing their fine base running skills. 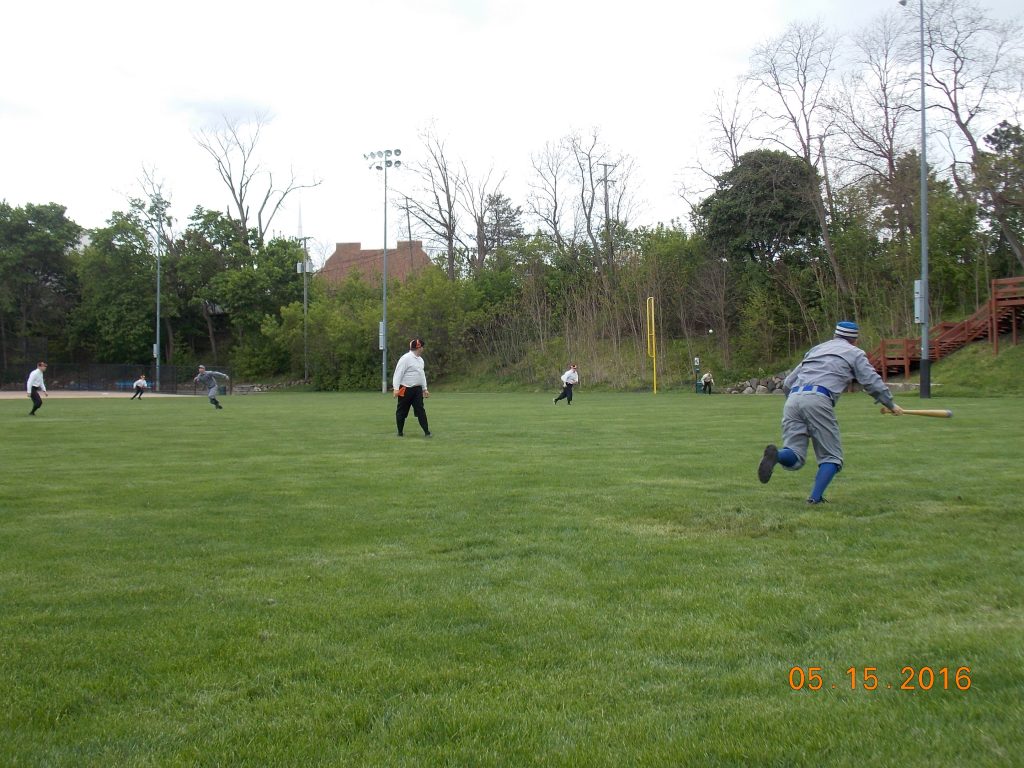 The art of catching the ball while playing defense began to take shape for both clubs as scoring became less frequent. Bravery was also exhibited in the fifth frame as TinMan approached the plate keen on advancing his team mate, Toes, who was touching second base. After seeing a suitable offering from Knees, TinMan thoroughly connected on a disturbing hit towards the fielder at third. Mad Dog once again cast his ominous shadow on the Eclipse early in the season by refusing to retract his already-callous hands from the path of the approaching ball. The end result was the retirement of TinMan’s plate appearance and the confirmation that Mad Dog is indeed mad. Heading into the seventh frame and holding onto a two run lead, the Union club plated three more runs with the top of their lineup proving that they will be difficult to keep off the bases for other opponents as their season continues. Northville was fortunate to tally two more in response to the inning and after Dexter added another run in the eighth, the Eclipse trailed by four in their home opener at Ford Field. They used the momentum gained from the top of the ninth inning when their defense held Dexter scoreless even after they loaded the bases with no one dead. So to add suspense to an almost already hopeless situation, the Eclipse recorded two outs before Frisco and Toes struck consecutive singles. A well-placed hit by Bender scored Frisco while TinMan followed with a double plating both Toes and Bender. Trouble, playing in his first game as a member of the Northville club, completed the comeback with a sharp single to score TinMan. True gentlemen as they are, the captains of both clubs agreed to leave the game as it stood … a tie for both clubs and the knowledge that spring, if only temporarily on this day, had returned.